I have heard of people pulling 22-rimfire magnum ammo to add more powder for silhouette shooting. Those folks must want to win a Darwin Award. First of all, pulling rimfire ammo can cause a gun explosion, especially with an inertia bullet puller. The rim gets a pounding when bullets are being pulled. While it is harmless with centerfire ammo, going off in the puller is a real possibility with rimfire ammo. Putting extra powder in any 22 rimfire is asking for a risk where a gun blows up. Since the priming compound is in the rim and the puller is holding the round by the rim, banging it is a recipe for gun explosion. In addition, when a rim is struck it leaves a firing pin indentation, which would weaken the rim with subsequent firings. 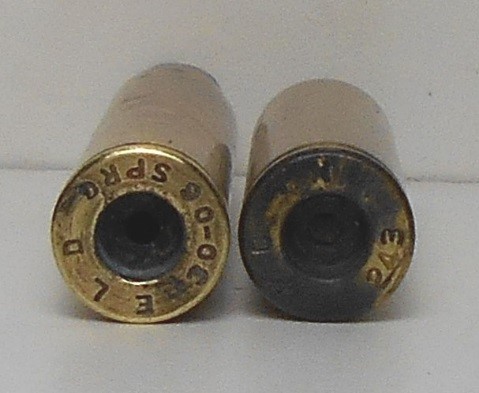 Overloading or Extra Powder in Ammo

Putting extra powder in the case will aggravate an already dangerous situation. Extra powder could also create a dangerous situation where a gun blows up, as many guns don’t have a way to vent gas and some don’t have adequate locking lugs to handle the extra pressure. There are those that attempt to make a priming compound for rimfire ammo. If you want to make the 6:00 news in a negative way, that would give you an excellent opportunity. In the long run, it is cheaper in more than one way, to buy your rimfire ammo from the store. Too much powder can also destroy a gun, especially a handgun. With light charges, it is easy to double up if you aren’t paying attention. The best way to prevent that is to use a loading block where you can and observe all your loads to make sure they all have the same amount of powder. Many of your modern progressive loaders have devices that will help prevent a double charge. While they work well, don’t depend on them entirely. Like any device, they can fail. 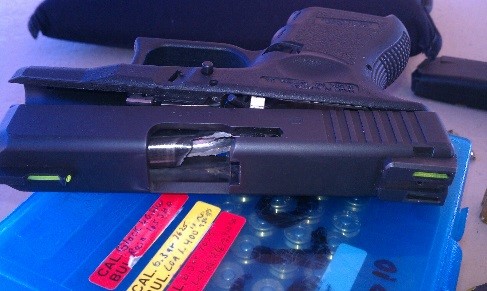 When a revolver blows up, shrapnel comes out the top and sides. That’s why you never stand alongside some who is shooting one. In addition, particles from the flash gap can injure someone standing alongside a shooter. 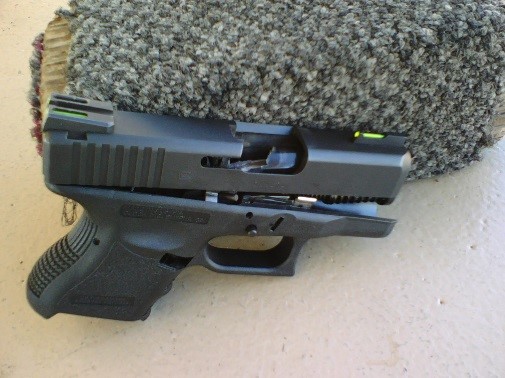 Paying attention is always important in loading ammo. In modern rifle loads, there isn’t much air space between the bullet and powder and in some instances, the load is compressed. With the proper powder, compressed loads are not dangerous. In a strong rifle, a few extra grains of rifle powder won’t harm the gun, though it may show signs of pressure. That doesn’t mean that I recommend using over loads because anything can happen per Murphy’s Law. Someone I know well was loading 38 specials with 4.5 X Green Dot with a 148 grain wadcutter. While it’s not the load I would use, it is ok. Anyway, he shot one and it made a tremendous noise and had very heavy recoil. After we got the cylinder out, we saw that the primer pocket was greatly expanded with the primer nowhere to be found. The empty had to be pounded out with considerable effort. Pulling a bullet showed it had 9.5 of Green Dot, which was way too much. He had set his scales off by a 5 grain notch, not paying attention to what he was doing. The gun was an old model Ruger Blackhawk. I feel that if it was a lesser gun, it would cause a situation where the gun blows up.

Years ago, I used to duck hunt with two brothers who had their own unique ideas on how to load shotgun shells. They always put in extra powder and shot believing that it killed ducks better. They even cut down the wads to make extra room for the other components. The only thing they killed was their guns. I have seen bulged receivers and a Browning auto that had the bolt blown half way through the back of the receiver. Trying to talk common sense to them was a waste of time and I refused to sit in the same blind as them because I did not want to be sprayed with shrapnel. It was a good thing that we leased three blinds.

Recently a friend of mine had some 357 mag rounds that didn’t appear to go off. He tried a few and when they failed to “go off” he brought them to me. After some questioning, I discovered that he loaded about ½ the amount of powder he should have. The powder was 296 which must be loaded to max performance loads or it won’t work very well. I pulled a few of the bullets & discovered that the powder was pushed up against the base of the bullet and formed into a ball. If it had ignited that way, the gun would have probably caused an explosion. 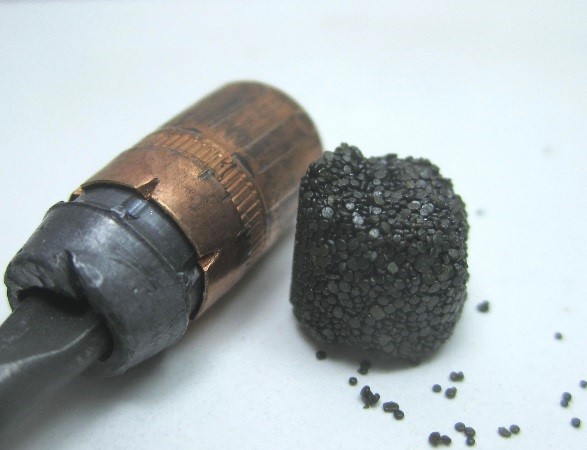 Secondary detonation is very dangerous. The loading books warn against using less than listed charges of such powder as 296 and H-110 with good reason. In some instances, under loading ammo can be as dangerous as overloading. Minimum loads of some ball powders frequently produce inconsistent ammo. They are not necessarily dangerous unless they are extremely underloaded. With a slow burning powder and some ball types, an underload round can cause a gun explosion.

Read "Why Guns Blow Up Part I"