In some instances, blanks can blow up a gun. What happens is the wadding that some use can get stuck in the barrel around the blank adapter causing an obstruction. If you are using a gun with a blank adapter, keep a close eye on it as it may need to be cleared out fairly often. Since blank powder is hotter than conventional powder, a blow up is very possible if it is not cleaned out properly. It is similar to shooting an obstruction out of the barrel. 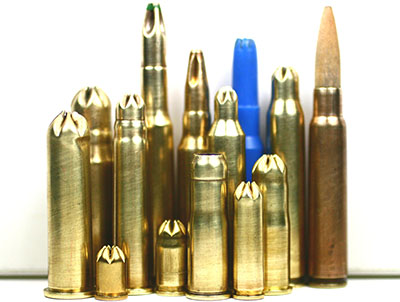 Use Care with Blank Powder

Do not even think about using blank powder for loading conventional ammo. That is a sure recipe for disaster because blank powder is much hotter than conventional powder. Also, never point a gun at or shoot anyone at close range with blanks. Blanks can cause serious injury and even death, especially if someone is shot in the facial area. Blanks are not toys and need the respect that other ammo has.

Using the wrong powder for loading has blown up more than a few guns. You should always leave powders in the original containers. Labels can look similar but contain entirely different types of powders. If you accidentally put a pistol powder in a rifle cartridge, it will definitely damage a rifle. I know a fellow that put WW 231, which is a fast burning handgun powder, in a 222 Remington. Upon firing the receiver, the magazine and stock were destroyed. It was his lucky day. He wasn’t seriously injured but he was badly shaken up. He simply wasn’t paying attention and grabbed the wrong can. As a result, he destroyed a nice weapon and could have been seriously injured. 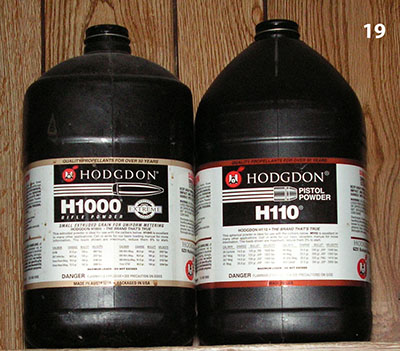 A similar event showed a Savage model 110 in the 308 chambering. When the gun blew up, the locking lugs were sheared completely off, the receiver was bulged, and the magazine was destroyed. I didn’t have the opportunity to examine the gun or the ammo but my guess is the owner used a handgun powder as opposed to a rifle powder. The shooter went to the hospital in an ambulance with some serious injuries. 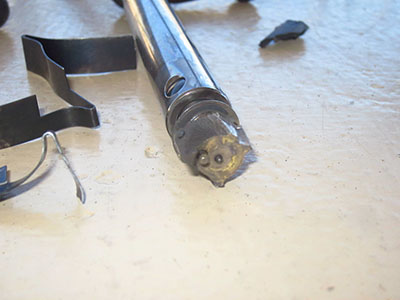 A 308 is a relatively high pressure round. A couple grains too much of the correct powder wouldn’t blow up a gun. A rifle overload would swell the primer pocket and cause stiff bolt lift but wouldn’t do so much damage to a strong modern rifle. Since handgun powder burns much faster, using a case full in a rifle will definitely cause a disaster. 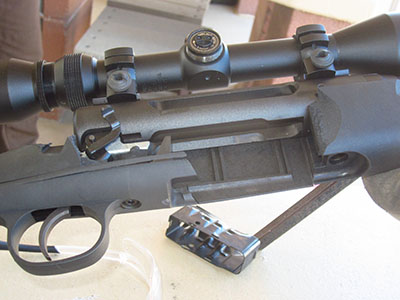 That is why you need to follow the reloading manual instructions. When we load cast bullets in a rifle cartridge such as a 30-06, a pistol type of powder is frequently used. I commonly use 10-12 grains of Unique with a 165-180 grain cast, and it provides good results. Paying attention will prevent putting in a double charge, damaging a firearm, and unnecessary injuries.

Read "Why Guns Blow Up Part I"