It’s understood that the westward expansion is core to the average Western storyline. The Starline Brass storyline, however, is anything but average. Starline has found success by looking at things a little differently. In one daring move, they turned the other direction, taking their six-shooters and moving their operations over 1,600 miles east in the process of becoming the makers of America’s finest brass for reloading ammunition.

The Starline Brass story began in 1976 with three men, all with ties to Sierra Bullets. Sierra was a Santa Fe Springs, California manufacturer of hunting and target bullets for rifles and handguns with a reputation for accuracy that carries with them to this day. The three men – Robert Hayden (who was Sierra’s Manager of Operations), Frank Snow (Sierra’s previous owner), and Paul Knepp (a former Sierra Bullets tool and die maker) – all believed in Sierra Bullet’s continuous quest for excellence, and felt there was a demand for brass cases made with that same commitment to high quality.

Once incorporated, they began operations in a small Quonset hut in Covina, California, finding early success and growth by producing top notch handgun brass. But Robert Hayden and his team at Sierra Bullets would soon make a decision that would change Starline’s future.

When a strip mall and movie theatre entrance popped up near the end of Sierra’s underground shooting range and testing facility, Hayden knew it was just a matter of time before the State would shut the range down. With this and other factors in mind, Hayden began the proactive and strategic process of selecting a new location. Hayden turned to his memories of working for Remington in the Kansas City, Missouri area. Weekends would frequently find him heading to Central Missouri’s Lake of the Ozarks, traveling through the small city of Sedalia, MO on the way. Something about Sedalia had always captured Hayden’s attention, and despite the years away, he hadn’t forgotten it.

The Sedalia area had many things going for it: strategic central U.S. location for efficient product distribution, two major highways, with I-70 just 20 miles north, and a knowledgeable workforce with strong work ethics. The outstanding hunting and fishing opportunities offered all around Sedalia were also appealing. By 1990, Sierra Bullets was on its way east, from California to Sedalia, Missouri.

Bobby and Barbara were both well prepared for the challenge. Barbara was a skilled businesswoman and planner. And growing up around Starline, Bobby literally learned the business from the ground up, having performed every job there was in the business by the time he and his mother took over. He learned about making brass from Snow and George Stuart (previous plant manager), who were masters of their trade. Many of the principles they taught to Bobby are still evident at Starline today – principles like overdesigning manufacturing equipment to allow them to meet and exceed required tolerances while the equipment runs efficiently, day in, and day out, 24 hours a day.

With Barbara and Bobby at the reins, Starline continued to thrive. But the Hayden’s, always a close family, were now half a country apart. About a year after Hayden moved to Sedalia, five acres of land became available next door to Sierra. With Sierra settled into its new home and everything going well for them in Sedalia, he decided that Starline could benefit from the same type of move. It was back to the drawing boards for Hayden, who acquired the land next door and began working on a plan to move Starline to Sedalia as well. 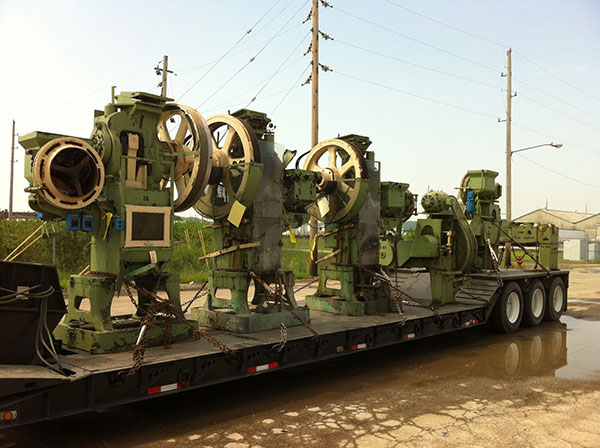 By the fall of 1993, the construction of Starline’s new manufacturing plant was complete. With the last cases produced in Covina, the machinery was pulled offline, loaded up on flatbed trucks and shipped to Sedalia. Always a family effort, Barbara stayed behind in Covina until the old plant could be shut down, while Bobby came to Sedalia to put the equipment back online as it arrived at the new plant. Along with family and tools, Starline brought its commitment to high quality, with reloading brass that has earned its reputation as the one to maximize reloads and minimize troubles.

More than 21 years have passed since Starline Brass’ eastward journey to Sedalia, and many things have changed for the company. It has seen several expansions, including a major expansion in 2013 that grew the size of their manufacturing facility to more than 30,000 square feet, sharply increasing its capacity. Starline now sells more than 80 different types of reloading brass cases, including specialty brass cartridges available from no other manufacturer. 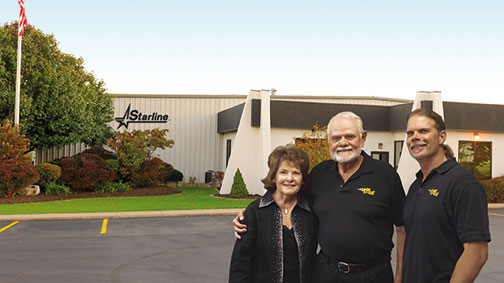 Yet some things have never changed. Customers, community, and family are still priorities. The manufacturing principles of over-design and demanding second-to-none precision that Robert, Jr., learned as a young man still form the foundation of Starline’s business: never sacrifice quality for quantity. Meanwhile, Starline Brass and the entire Hayden family continue to be active, integral parts of their community.

Today, Starline is faced with different challenges than those they confronted as they made the move east from California. But regardless of location, the Hayden family and the entire team at Starline have never lost that “head west” attitude of self-reliance and a drive to do things the right way the first time. 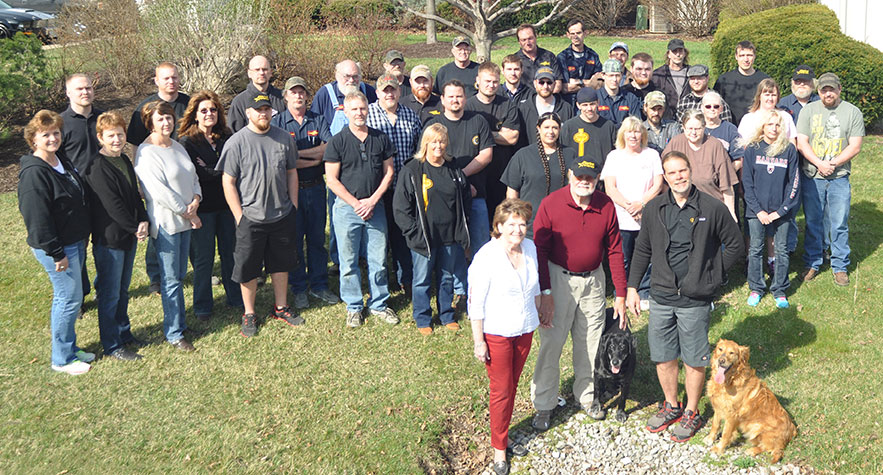