In 1935, the .357 Magnum was introduced as the most powerful revolver round in existence. The .357 Mag is a very versatile round, considering the .38 Special and other shorter rounds that can be fired in it. In 1955, the .44 Magnum was introduced and became “the king of the hill.” The .41 Mag was introduced in 1964 in the S&W Model 58. Power-wise, the .41 Magnum falls between the .357 and .44, which puts it in a category of being powerful enough for any self-defense situation, as well as hunting.

At first, the .41 Mag was designed as a police load, but it was too powerful for many people to handle. They introduced a milder load that was still powerful but manageable for most folks. Despite its desirable attributes, it never really caught on. Most revolver shooters went with the .357 or .44 Mag.

There is a good selection of components available for the .41 caliber and along with the new .41 Special, case versatility is right there with the .44 Magnum. Like other rounds, there are a few rifles available chambered for the caliber. This increases the velocity by 3-400 FPS, which is significant.

For someone who reloads, the .41 Magnum is a very versatile round. Various factories offer a few loads but choice is limited due to its lack of popularity. There are a few additional rounds that use the .41 number. Most are not common and have become almost obsolete. The .41 Long Colt was moderately popular in the Wild West days but isn’t a true .41, in spite of its name. There is also a short version, which is so underpowered that its utility is poor. The .41 rimfire is another very low powered round. There is also a .41 A.E., which is a decent round but very uncommon. For more power, the .414 Super Mag is another option. 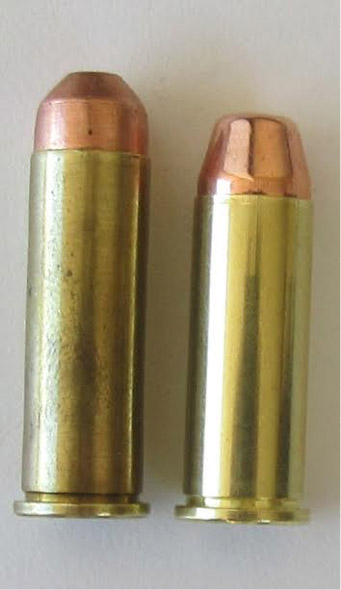 The .41 Mag is powerful enough for hunting large game like deer, pigs, and black bear. It might be on the light side for large bear and moose. However, a good load and a properly placed bullet would produce positive results. Normal bullet weights go from 160 to 255 grains. Custom bullets can go as heavy as 280 grains. There are many cast bullets and they are a great choice for almost anything that a .41 can do.

.41 Magnum dies can be used for the .41 Special, but the belling and seating dies will need to be adjusted. Depending on the dies, the seating die might have to be shortened to properly crimp the round. Crimping is very important for consistent ammo, especially with heavy loads and slow burning powder. A weak or nonexistent crimp may enable a bullet to “walk” out of the case, which would tie up the gun.

Starline is the only company that makes .41 Special brass. In a pinch, you can trim .41 Mag brass, but that’s not necessary. Since Starline brass is always a high-quality item, you won’t go wrong using their brass. As usual, the Starline brass used for the testing above performed perfectly. There was no case loss and some of the cases were loaded several times. I have used Starline brass for years by the thousands. I can always depend on the quality, and am never disappointed. I fired quite a few rounds during this test and did not have any case failures of any kind, which is generally the case with Starline brass.

There are various ways to measure brass quality. One way is case forming. Case forming puts a strain on the cases that conventional reloading techniques don’t do. Starline consistently has the least amount of failures, which shows me the quality of their product.

Below are some testing results for the .41 Special. I included a couple of rifle loads for comparison. As in most instances, the rifle loads are faster than the handgun. I listed all the loads tested, including some that were not so good to help someone avoid those loads. 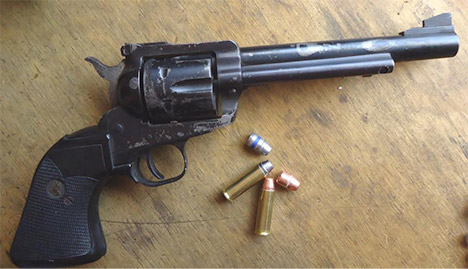 Ruger Blackhawk used in testing. A great gun but heavy for a .41 special.

The loads using the new WW-572 need to be brought up, as well as some of the Unique loads. Some informal target shooting shows that most of those bullets shoot well and are accurate. There are not a lot of lightweight bullets for the .41 caliber, but Sierra makes a nice 170-grain HP that I have used on various occasions with good results. Sierra also makes a 210 grain .41 caliber bullet, but I consider that more suitable for a .41 Mag for hunting. 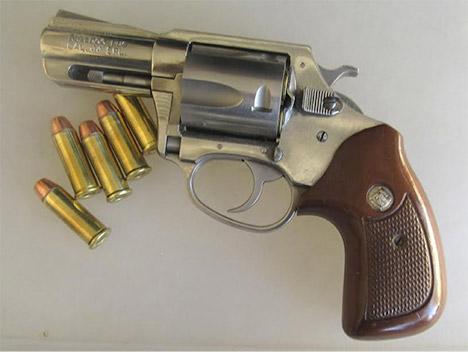 A Charter Arms revolver like this Bulldog model would make a nice .41 Special light carry gun.

If the idea of a .41 Special light-weight revolver catches on, the selection of lighter-weight bullets should increase. There is a small selection of bullets for the .41, but for the most part, they are on the heavy side. I am not interested in getting the last foot second. If that was my objective, I would use the .41 Mag case.

I did try the 215-grain cast with 6 grains of Unique. It is accurate and pleasant to shoot. At 800 FPS, it isn’t a weak load either. I am not interested in making this round a junior .41 Mag. With full loads, it would be about 100 to 150 FPS slower than a .41 Mag with a comparable load. In a full-size gun, I don’t see the point. And if it was shot in a light-weight gun, recoil would be excessive. But the idea of a .41 Special light-weight revolver could be the ticket.