In 1904, the German Navy brought out the 9x19, better known as the 9mm. The 9x19 is also commonly referred to as the 9mm Luger or 9mm Parabellum. In 1908, the rest of the German military started using the 9mm caliber. Since then, many other countries and police departments have implemented the caliber. The 9mm round has been chambered in many handguns and sub machine guns and is a very popular round today. It is the official round for both NATO and the United States. 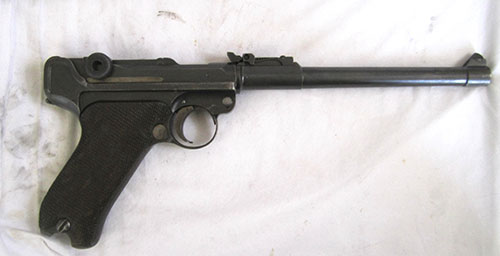 When you’re making ammo for the 9mm, or handloading any caliber for that matter, it can help to purchase a few various types of factory ammo so you can compare your loads against the factory offerings. Testing should include accuracy, reliability, and velocity.

With cleaner powders and primers available today, guns can be shot many times between cleanings. When I do a Test and Evaluate (T&E) on a gun, I seldom clean the gun during testing. This allows me to observe how clean the ammo is and how well the gun performs when dirty. It becomes part of the fun comparing my ammo against factory ammo. For frequently used guns, the ability to operate between cleanings is important. I’ve found good handloads to be just as clean and reliable as factory ammo.

With normal loads, cases can be reloaded a number of times. I use Starline brass for most of my handloads due to their consistency and reasonable pricing. Everyone who makes handgun bullets offers the 9 mm caliber. However, many bullets vary in shape. It’s a good idea to try out several brands to see what your gun prefers and what performs and feeds the best.

The 9mm caliber is easy to work with reloading. However, due to the small case size, you should use caution when working up loads. Even a small increase in powder can cause a dangerous pressure spike. For example, if 5 grains of a certain powder is the maximum load, and you increase it ½ grain, while the change doesn’t sound like much, it is actually a 10% increase. This variance makes a significant difference in such a small case. If you have a maximum load with one brand of case and change brands, you’ll need to pay close attention to the load maximums. When you’re switching from a small case to a heavier case, you will have slightly less capacity which may raise the pressures. With a larger case or a milder load, this usually isn’t a problem.

This situation is true with any small, high intensity load. Changing any component can really change the characteristics of the load. For proof, you can run your ammo through a chronograph and observe the differences between the loads. The 9mm is a relatively high pressure round. Most 9mm guns are strong and safe, but caution should still be taken when working up 9mm loads.

Since it is likely that the 9mm will be loaded in larger quantities, a progressive loader is more desirable. There’s many options for progressive reloading presses and it really narrows to personal choice. For 9mm loading, I use a Dillon 550, which works well and is capable of producing 300 to 500 rounds per hour depending on the speed of the operator. Other loading machines can equal that capacity.

The other progressive press I use a lot is a Star. It is a high dollar loader but should last forever.  I no longer produce 9mm ammo for commercial use but still load ammo for testing and writing. For that I generally use a single stage press that serves well for the small amounts needed for testing. All die makers make 9mm dies. I would recommend the Tungsten Carbide sizing die because it has extended life and doesn’t require you to lube the case.

For comparison, I included some factory loads in some recent testing. Modern factory loads are good quality, much better than they were years ago. This increases our challenge as reloaders to equal or exceed the factory offerings.

Some shooters load the 9mm to qualify as a major caliber in competition shooting. In some matches, the major caliber will score more points than a minor caliber. To try to gain an advantage, some shooters soup up a .38 Super or 9mm to qualify as a major caliber. If you don’t understand all of the aspects of this type of loading and the gun being used, this may not be the best idea. Any small variation can cause a disaster and the small amount of extra velocity obtained isn’t worthwhile. 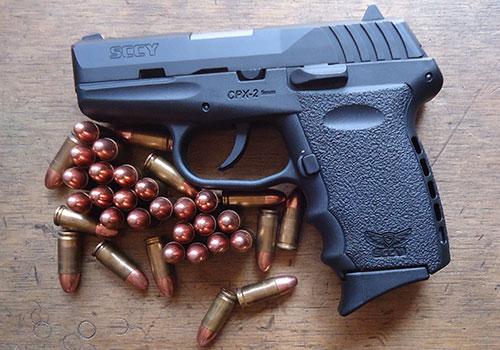 This SCCY is an economical 9mm that performed well during testing.

I am more interested in safe and accurate loads than trying to get the last foot second out of a round. The 9mm is a versatile caliber for the handloader and there is plenty of safe loading info available. Here’s what I found in my recent testing.

There is some controversy as to how good the 9mm caliber is for stopping power. It’s a police or military round meant for stopping someone, but good ammo is required. 9mm handguns have the advantage of having large capacity magazines, yet are still relatively small in size so almost anyone can handle the gun and most 9mm’s can be carried easily.

Accuracy is generally good with the 9 mm. At 15 yards, offhand, most guns can print a 2” or less group. Some will do better and at 25 yards, a 2” group is reasonable with a good gun and load. Most guns can outshoot their owners. A gun in a Ransom rest typically will do even better. Like any gun, the 9mm will do better with one type of ammo over another so you can experiment with your 9mm ammo to see what best fits your gun. 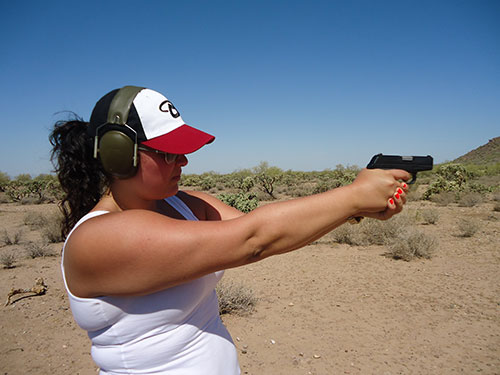 The 9mm is easy to handle due to light recoil.

Personally, I feel there are a couple of factors that are more important than superior accuracy. First, the gun has to function 100% of the time, especially if it is a duty gun or carry gun. Nothing less than 100% is acceptable. If the gun is a duty weapon, the bullet has to perform its job, which may be to stop an assailant instantly. You don’t need pinpoint accuracy, but a well-designed and performing bullet is necessary. Many people use generic ammo for practice and carry the good stuff.

If your gun will feed cast slugs, ammo cost can be reduced. Polishing loaded ammo in a rotary tumbler with torn up newspaper will help cast bullets feed better. It makes them slicker, aiding in feeding. Experimenting with seating and bullet shapes will help your 9mm work with cast bullets. With loads on the light side, cast bullets should get the nod. With round nose or truncated cone bullets, I seldom have any problem getting them to feed.

A semi-wadcutter may be more difficult to work with. In a revolver they will all generally work. For my serious load testing, I go with Starline brass because it is consistent and inexpensive. Carry ammo should use new brass and every round should be cycled through the gun it is going to be carried in.

The 9mm can also be useful for small game, especially with some of the bullets that are available today. With an accurate gun, small game can easily be harvested.

The 9 mm is the most popular handgun in production today. Most manufacturers who make handguns have various models for the 9X19. Many police departments use the 9mm caliber as well as the U.S. military. The 9mm is a versatile round and a good choice for concealed carry.