There are several new rounds that are becoming more and more popular. One of the most popular in recent years is the 6.5 Creedmoor. With an earned reputation for superior accuracy, competition shooters and hunters around the world are taking notice.

History of the 6.5mm

6.5mm has been around, in some form or another, since the early 1890s. The 6.5mm caliber has been used across many countries. When the 6.5mm was introduced, bullets and powders were not as good as they are today. Fouling, dirty powder and dirty primers were problems with the smaller calibers of the day. Some of the earlier 6.5 calibers were the 6.5 Dutch and 6.5 Carcano. A popular complaint was the lack of stopping power. Most used a 160 grain RN-FMJ or a similar weight. They provided good penetration but only made a small hole.

Uruguay had some of their Mauser Model 71s rebarreled to 6.5mm. These became known as the 6.5 Daudeteau. The French Navy also used it in the 1890s for a few years. Japanese military used it for years too. Many other countries either used it or tried it at one time. Eventually, the early 6.5mm rifles were replaced with more powerful rounds.

Introduction to the 6.5 Creedmoor

The 6.5 Creedmoor was designed in 2007 by Hornady. It was developed for competition shooting and long-range target shooting. For that level of accuracy, you need bullets that have a high ballistic coefficient (BC), meaning they will retain their velocity even at the longer distances. One advantage of 6.5 Creedmoor bullets is that they have a high BC, without the excessive muzzle blast and recoil that some longer-range rounds have.

For example, the 142 grain Sierra MatchKing has a BC of .550 at lower velocities and .595 near the muzzle. To compare, a 160 grain semi-pointed has a BC from .353 to .390. The MatchKing has a very small, hollow point, meaning it won’t open upon contact. That’s why Sierra does not recommend it for hunting. The 160 grain on the other hand, is a soft point with a high sectional density. This means its penetration should be good, but since it is fairly blunt, the BC is much lower, causing it to drop faster during flight.

There is a good selection of 6.5 Creedmoor bullets available from 85 grains to 160 grains in various styles. For those of us who use cast bullets, there are some available, as well as bullet molds. This vast selection of bullets available allows us to use bullets specifically designed for our intended use. Just put a little time into research, shooting and testing. The 6.5 Creedmoor won’t disappoint if it’s properly used. 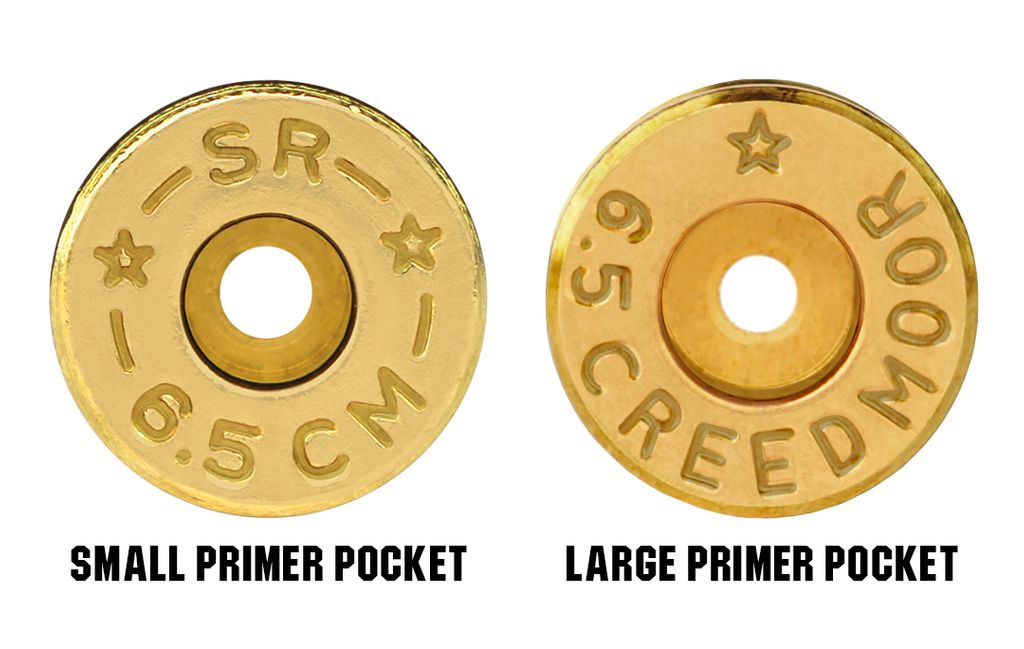 The 6.5 Creedmoor has found some favor with competition and target shooters, but hunting was the focus of my recent testing. I used a Ruger American Rifle chambered in 6.5 Creedmoor with a 22” barrel. The 22” barrel with a 1 in 8” twist should stabilize almost any bullet. In addition, the 22” barrel should give you the max velocity. Since it’s a fairly small case, a longer barrel isn’t necessary and can just get in the way. The long and streamlined bullets should perform well at long ranges since 6.5 caliber bullets have a high BC without generating excess recoil.

I used a good selection of bullets for this testing, including some cast. Since I am a big believer in working up reduced loads, they are included. In addition, the new Enduron and IMR flake powders were used for most of the tests. I also included a comparison test between the small and large primers. I was told in some instances that the small primer may give more consistent results, however, that would be limited to competition shooting. In hunting loads, especially in cold weather and with certain powders, I prefer a large primer. Since the case is fairly small, magnum primers and slow burning powders are not necessary.

I also have included two loads from DoubleTap in the testing. It’s always good to test some factory fodder to see how well your handloads are doing.

Below are the results from the testing: 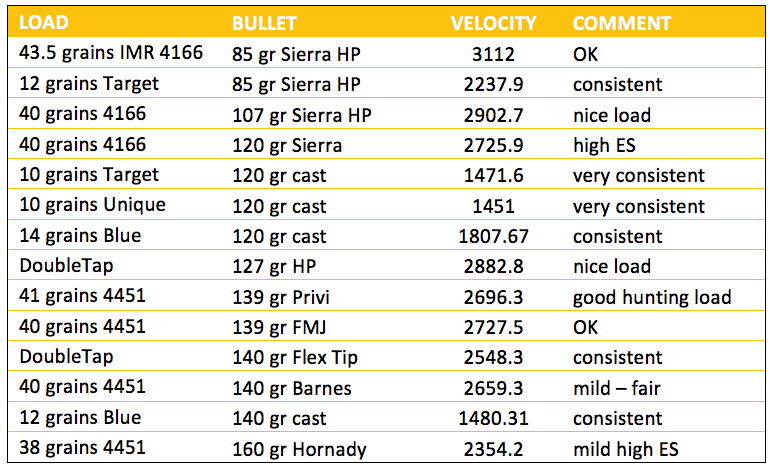 When testing any new gun, there are a few things to be aware of. First, is safety. Be sure to not use overloads that may damage the gun, or even worse, cause injury or harm. With a modern gun like almost any 6.5 Creedmoor, some factory loads should be tried along with your handloads. This gives you a good idea of what to expect. I have worked with DoubleTap ammo quite a bit. It is one of the best brands around. It would be difficult to exceed their velocities safely. That is generally true with other good brands as well.

The 6.5 Creedmoor was made for precision target shooting, which it does very well, with a good rifle and ammo. As mentioned before, one of the main advantages of 6.5 Creedmoor target bullets and why the 6.5 Creedmoor caliber has become very popular, is their high BC. This means they will perform better from longer distances, which is ideal for long-range precision competition shooting. However, some 6.5 bullets are very long and will intrude into the powder space, reducing the capacity and power potential. However, accuracy trumps power in the precision and competition shooting world.

I weighed a dozen Starline cases and the variation was .3 grains, which is excellent. I have weighed other brass and sometimes there is a 10-grain difference. It doesn’t make a lot of difference with large cases and average rifles. However, in a precision target rifle, it could significantly affect the groups. Starline’s 6.5 Creedmoor brass also has a very consistent neck thickness, which is an important measurement for target-grade ammo.

One thing that is often overlooked are reduced and cast bullet loads. Normally, these use less powder and inexpensive bullets. They are often as accurate as the full power loads, but not at the longer distances. Small game is perfect for a reduced or cast bullet 6.5 Creedmoor load. Edible species can be harvested without destroying very much of the meat. Varmints like groundhogs can be taken within moderate ranges. Here in Arizona, we have a lot of ground squirrels. These little critters can be a challenge because they are small and they don’t sit in one spot for a long time. A reduced 6.5 Creedmoor load can be a good solution.

A thin, light-weight, jacketed bullet can be a good fit for reduced 6.5 Creedmoor loads for small game. Shooting at about 1500 FPS instead of 3000 FPS will do the job, and will be easier on your gun. If your 6.5 Creedmoor rifle shoots hot, this will slow up the barrel heating. With a little load development, these reduced loads will be just as accurate. Hodgdon Powder has introduced several new flake powders designed for handguns. However, I have found them to give very consistent results with various rifles using reduced and cast bullet loads.

If you’re looking to add a versatile rifle to your collection capable of superior accuracy at the range and in the field, look no further than the 6.5 Creedmoor.

For more information about the 6.5 Creedmoor, checkout The Complete 6.5 Creedmoor Starline Cartridge Guide. It offers a comprehensive look at the popular cartridge.