In the 11 years since it’s been introduced, the .338 Federal has earned a reputation for great accuracy and stopping power. Combine those into a controllable package offering less recoil than other calibers with similar capabilities, and you have an all-star big game caliber. Developed in 2006 by Federal and Sako, the .338 Federal packs a powerful punch while remaining easy on the shoulder.

As the newest member of the .308 cartridge family – the .338 Federal hits harder than the .308 and shoots flatter than the .358 Winchester, making it an excellent choice for close to mid-range big game hunting. It can achieve the same muzzle energy as some magnum calibers, but with less recoil. It fits in standard length, lighter-weight short action rifles and AR-10's without sacrificing magazine capacity. Lighter-weight rifles are easier to carry in the field, further improving the appeal of the .338 Federal.

The best news yet for big game hunters in North America is that more rifles are becoming available chambered in the .338 Federal caliber. Savage Arms and Wilson Combat have both recently released some great rifles chambered in this all-star big game caliber.

Last year, Savage Arms introduced a whole family of new rifles chambered in the .338 Federal cartridge. Savage’s new .338 Federal rifles include a Model 11 Hog Hunter, Trophy Hunter XP and Long Range Hunter, a Model 16 FCSS Weather Warrior, Bear Hunter and Trophy Hunter XP. They have also recently added the 11/111 DOA Hunter XP. They are affordably-priced with MSRP’s ranging from around $600 to $1,100, making it easier than ever to get into shooting the .338 Federal cartridge. 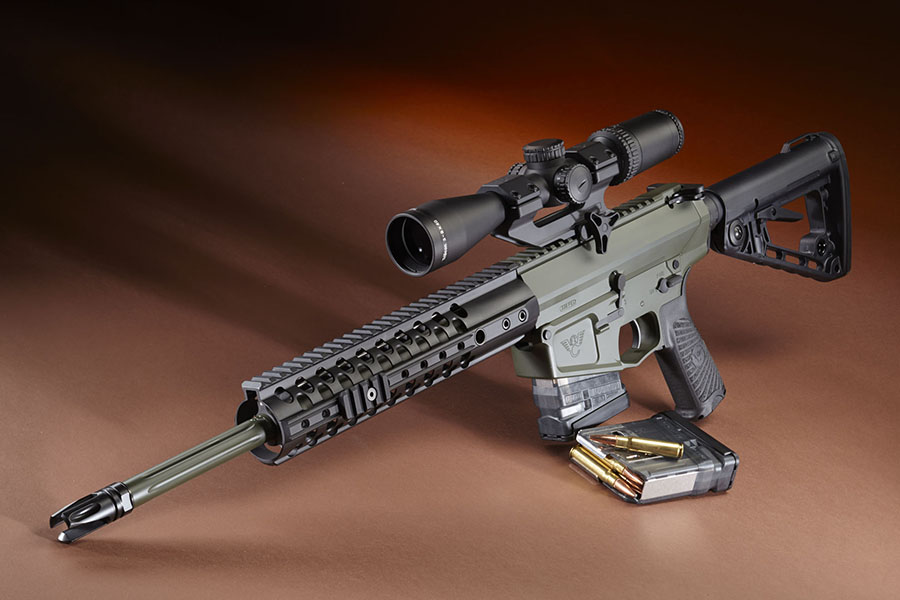 Industry legend, Bill Wilson of Wilson Combat, recently put his Recon Tactical chambered in .338 Federal to use on a Nilgai hunt in Texas. At King Ranch, amongst 770,000 low fence acres and after 19 hours of hard hunting mostly on foot, Bill took his second bull for this hunt, a serious trophy Nilgai. 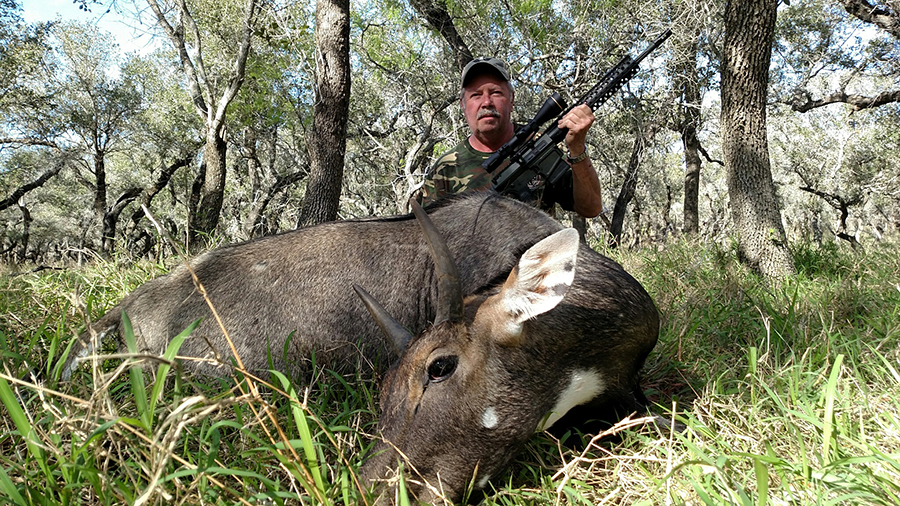 This impressive Nilgai was taken with a Wilson Combat Recon Tactical .338 Federal rifle with a 16" barrel, equipped with a Leupold VX-R 3-9x50 Firedot scope. Bill used a Speer 200gr Hot Core (full penetration) bullet loaded in the new Starline .338 Federal case for the 70-yard heart shot through thick oaks, while using a tree for a rest.

The .338 Federal is an excellent cartridge for big game. There are several great guns available that are chambered in this powerful caliber. Best of all, you can now load your ammo in superior quality Starline Brass .338 Federal cases.